Black Friday is an informal name of the day after Thanksgiving. It also marks the beginning of the holiday season and is one of the busiest shopping days in the year. It has been historically the best day to get amazing deals on a wide variety of products. It is also perfect for the budget-conscious customer who saves around the year for shopping on Black Friday. The day is considered to be important for well-being of the major retailers and the economy overall. 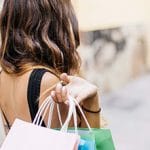 The term black Friday is supposed to be coined by overworked Philadelphia police officers. In the year 1950s large crowds visited the city the next day of Thanksgiving. This helped the retailers and store owners in the city to register record sales. However, it created problems for the police officials in managing the crowds. The traffic cops were required to work for more than 12-hours in a single shift to manage the traffic on the roads of Philadelphia. They were not allowed to take the day off and in their frustration some of them termed that demanding workday as a Black Friday.

Sales Statistics
Though Black Friday is generally the busiest shopping day in the U.S., the sales numbers have not been very promising lately. The sales declined 9% in 2018 compared to the previous year. Similarly, the number of customers visiting stores on this day registered a 4% year-on-year decline in 2017. An analysis of the last 15-years sales data shows that the sales have increased at an average rate of 2.5% annually. In 2017, stores hired seasonal workers in excess of 500,000 to manage the Black Friday sales.

Though Black Friday has been an important tradition over the years, its relevance seems to be declining. Cyber Monday which is an online sale has become more popular than Black Friday itself. Customers also feel that they get better discounts on Cyber Monday and they can shop from the convenience of their home instead of braving large crowds in the stores during Black Friday. Small Business Saturday which provides you an opportunity to shop locally and support local independent businesses is also gaining traction among customers. Black Friday is no longer the only and most awaited sale of the season. Its getting stiff competition from other sales mentioned above which has diminished its importance as the start of the holiday shopping season.