Social media is a serious attraction for many people, which glue them to their mobiles or computer screens for a long time every day. Users cannot stop praising the beneficial roles of social media sites in their lives, which cannot be denied. However, there are some negative aspects of too much use of these sites that should not be overlooked as well. 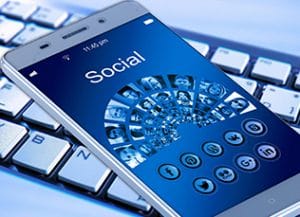 Increase of mental stress – The limited use of social media can be beneficial for all but if a person spends too much time on these sites, he/she is likely to suffer from mental depression. Ideally, one should not use social media sites more than an hour per day and higher use can lead to a feeling of distress and lowliness.

Leads to an addiction – Many people like to spend most of their time on social networking sites, even neglecting their official and personal duties. Hence, it is considered a major addiction that wastes away the natural talents of people. In this way, social media is no less harmful than the unhealthy habits of smoking and drinking. Moreover, many people feel afraid that they may miss out the important posts of their friends if they are out of these sites for long, which is now termed as the Fear of Missing out (FOMO).

Lack of adequate sleep – Often, many users remain active on their social media accounts even at late hours of the night, which cut down their normal hours of sleep. Moreover, the anxiety caused due to the excessive use of social media may lead to an unhealthy sleeping pattern. Inadequate sleep will have a negative impact on their general health and productivity in professional life.

Risks of cybercrimes – People frequently make mistakes by befriending unknown people online, which can be a grave mistake. Some people create fake accounts and cheat others financially and in many other ways. Hence, the procedure of finding new friends on social media sites can lead a naïve person into serious dangers that may consequently turn them to be suicidal. Though youngsters are more prone to be victims of these cybercriminals, many grownup people also fall into their traps.

Makes people unsocial – Social media sites are created to make people more socially active, by connecting them to their friends and relatives. However, many people stop going out with their family members and friends in real life, as they remain too engrossed in this virtual world. Thus, their relationships with their near ones deteriorate, which in turn results in more depression later.

The whole point is to use social media sites wisely and only for a limited time every day, to avoid all these above-mentioned negativities.