Why is Tiktok so popular

As a comparatively smaller video platform today Tiktok is one among the most widely used platforms, especially by the young users. The “go viral” effect of this app is 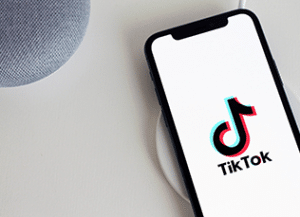 one among the many reasons that has made it so popular. The dreams of those who want to achieve celebrity status are fulfilled overnight by this app in spite of their very little followings. Apart from the options to “like” videos and to send direct messages the Tiktok app offers other amazing features also which are found in social networks. As a social network Tiktok enables the users to share videos of different categories like lip syncing, comedic skits, viral challenges and more.

An innovative music app for the young generation

The downloads of the Tiktok app so far is more than a billion and the number of active users per month has exceeded 500 million. Since Tiktok provides video, music and social networking on the same platform the young users find it quite amazing. Once they have the Tiktok, they need not manage different apps at a time to enjoy music, making short videos, sharing them and taking selfies. Interaction among users by way of liking, following and content re-sharing is very easy with Tiktok. The other exciting features of the Tiktok app include Social sharing, Duet option, Geo-location, Soundtracks, Live streaming, Video uploading, Video editing and QR code scanner.

The Social sharing feature facilitates sharing of the Tiktok edited videos on the Instagram, You Tube and Facebook profiles of the users. Those users who enjoy duet singing can make others to duet with them by adding the #duetwithme hashtag to the video created by them. The users who are active bloggers currently and broadcast live nearby are displayed on the screen with the help of the Geolocation feature. While the Soundtracks feature enables the users to access the built-in Tiktok library, choose a favorite song and add the same to the short videos created by them, those who create videos can create Live streams using the Live streaming feature. They can buy virtual goods from the fans using Tiktok Coins.

The Video uploading feature enables the users to upload the videos already created by them and can be rotated and cropped also. The playback speed can be changed if required. The awesome Video editing feature of Tiktok facilitates changes in the color of eyes, hair and also the makeup. This feature also provides masks, stickers and animations. The special QR code scanner enables users to subscribe among them.

Other reasons for Tiktok’s popularity

Leading brands recognized Tiktok as a very powerful but less expensive social media platform. Their marketing campaigns are viewed by millions of users. Among the Tiktok users there are many celebrities also. Further, in order to grab the attention of more people, Tiktok joined with well-known Instagram influencers who will introduce a lot of new audiences of their style.

By way of curtailing duration of videos, Tiktok is successful in grabbing the attention of more people. Also, creation of video on Tiktok is very easy.