Why Snapchat is losing users

Recently the stock price of Snapchat has been showing a steep downward trend. The number of active users of Snapchat is down to alarming level and unlike in the past, 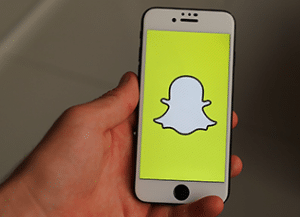 the current users of this app are using it rarely only. The impact on the business of Snapchat due to the competition from Facebook was very severe. The shareholders of the company felt that Snapchat failed in adequately disclosing the severity of the impact and they filed a lawsuit against the company. Consequently, the company was asked to pay one-time legal settlement of $ 100 million which made the company to suffer additional loss of $ 49 million in the year 2019. This was a severe blow to Snapchat. When the company is in the red financially, it’s quite natural that there will be drastic fall in the number of users.

In the year 2018, Snapchat introduced its latest redesign which was not liked by most of the users. Within three months of introduction of the redesign, they lost more than 3 million users. In the opinion of the users the main drawback of the redesign was that “friend” stories were kept separately from the stories by media firms, brands and celebrities. Also, most of the users found the friends screen a little confusing as a result of inclusion of photo sharing and chat also in addition to stories.

Users felt that the redesign made the navigation very difficult. Unlike in the past when stories were shown in chronological order, after redesigning stories were shown based on the users who interact most. The redesigning made Snapchat a more commercial business model. The new advertising formats of Snapchat were not user-friendly and as a result they lost major portion of users.

The Instagram stories started attaining more popularity which is also one of the reasons for the decline of Snapchat users. Now, Instagram has not less than 300 million daily users. Many Snapchat users switched over to Instagram mainly because Instagram provided all the amazing features that made Snapchat popular. Also, since they get all their favorite features from Instagram, it is very difficult to get them back to Snapchat.

Inclusion of ads that cannot be skipped

Among the various changes brought by Snapchat on its platform in the year 2018, the launching of content on their new Shows platform brought a big change in their advertising strategy. They wanted media-brands to include in their content, ads which cannot be skipped by viewers. Till then ads which can be skipped by viewers were allowed. It is expected that the number of Snapchat users will go down further in the coming years.